Al Khobar is a city located on the East Coast of the Saudi peninsula directly on the Gulf coastline. It boasts many sandy beaches, luxurious hotels and by night the city turns into a bustling one, with some of the largest malls in the kingdom. The city is also home to the historic Suwaiket Street, which is home to some of the oldest markets in the city. The Khobar Corniche is a 16-km stretch of parks and waterfront walkways making it a great place for an evening stroll or jog, to grab a drink or bite to eat or simply to watch the world go by. The cities of Khobar and neighbouring Dammam are very largely populated with expatriates from all over the globe due to its oil business meaning that the city has a very cosmopolitan feeling and international dinning and entertainment are very easily found, not to mention with the Kingdom of Bahrain a mere 25km from the city, weekend getaways are a very popular option. 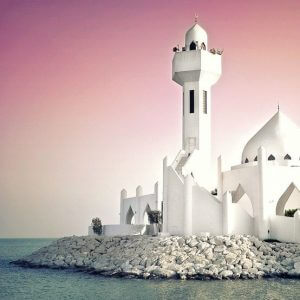